A Prospecting Metaphor from the Animal Kingdom 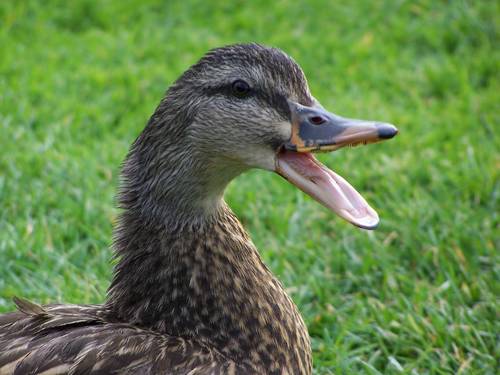 The KCM Blog recently posted a very interesting metaphor on prospecting from, get this, the animal kingdom. Well, sort of the animal kingdom. It wasn't exactly the Sahara desert, but rather a group of ducks in search of table scraps at a hotel restaurant in California.

KCM's Steve Harney observed all of the ducks acting the same way, fighting over food after diners finished eating and left a table, except for one duck. That one duck had a more effective plan in mind.

Taking a page out of the playbook of many dogs across the world, this duck approached would be diners as soon as their food was brought out to them, requested some morsels, and was rewarded with a perfect success rate, getting food from each table that was approached.

KCM equates this enterprising duck with a real estate agent who decides to make things happen rather than waiting for things to happen.

Check out the full tale and advice for real estate agents at KCM Blog:

A Massachusetts Real Estate Company located in the Berkshires, Tucker Welch Properties, is using drones - yes you heard that right, drones, to showcase luxury properties. Recently, the company utilized drones to create a 2 minute video of a 27 acre property for sale in Richmond, MA. The property is currently listed for 5.9 million.

While this is possibly a first in Massachusetts, real estate agents have made use of drones for similar purposes in both New York and Chicago. Tucker Welch Properties decided to give this marketing strategy a try as the property has been on the market for approximately a year now.

Aerial photography has been utilized in the marketing of high end real estate properties for years, but this use of drones is quite a bit newer. What do you think about it? Good idea or a bit unnerving?

How to Increase Your Real Estate Sales With Social Media

Moving your Business in the Direction of Providing an Experience

Interesting thoughts from Stacey Alcorn of RE/MAX Prestige on moving your business in the direction of providing an experience:

Ever Thought About Making Money Off Your YouTube Videos?

Ever thought about making money off your YouTube videos? Apparently, it doesn't pay quite as well as it used to: